In its recent editions, ZINEBI has reserved a space dedicated to films produced by women from all over the world. Although, over the years, the role and the work of women in the film industry has been somewhat unnoticed, their image on screen has been broadly disseminated as an idea that has patented the historically unequal power relations between men and women and which, rather than being represented in the sector, has been portrayed under a lens that has been as superficial as it has been poor and incomplete.

This initiative at ZINEBI, fully organised by women belonging to the audiovisual area and curated by Yunuen Cuenca, aims to highlight the work of female directors as well as that of all the women involved in the sector. The idea is to make their presence more notable, to talk about their representation in the industry as well as on the screen, and to recognise their professional ability and celebrate their active, unconditional participation in filmmaking endeavours throughout its history.

After dedicating programmes to Iranians and Palestinian filmmakers in 2018 and 2019, this year ZINEBI is presenting a new focus, dedicated on this occasion to local Mexican women filmmakers.

In collaboration with the Instituto Mexicano de Cinematografía in Mexico (IMCINE), an institution that has provided great support to the members of the Mexican peoples through different programmes dedicated to filmmaking and production, and in recognition of the Morelia International Film Festival (FICM), an event that since 2007 has been including a section called Forum of the Local Peoples, and which for the last two years has been celebrating the Forum of Local Mexican Women Filmmakers, ZINEBI will show the following films for the first time in the Basque language, Euskadi.

ZINEBI firmly endorses the words of the director of IMCINE, María Novaro, during the first Forum of Local Mexican Women Filmmakers. A multiplicity of voices and looks: “female filmmaker, woman and indigenous woman were exclusionary words that we are no longer going to permit. They are not now exclusionary but avant-garde.” 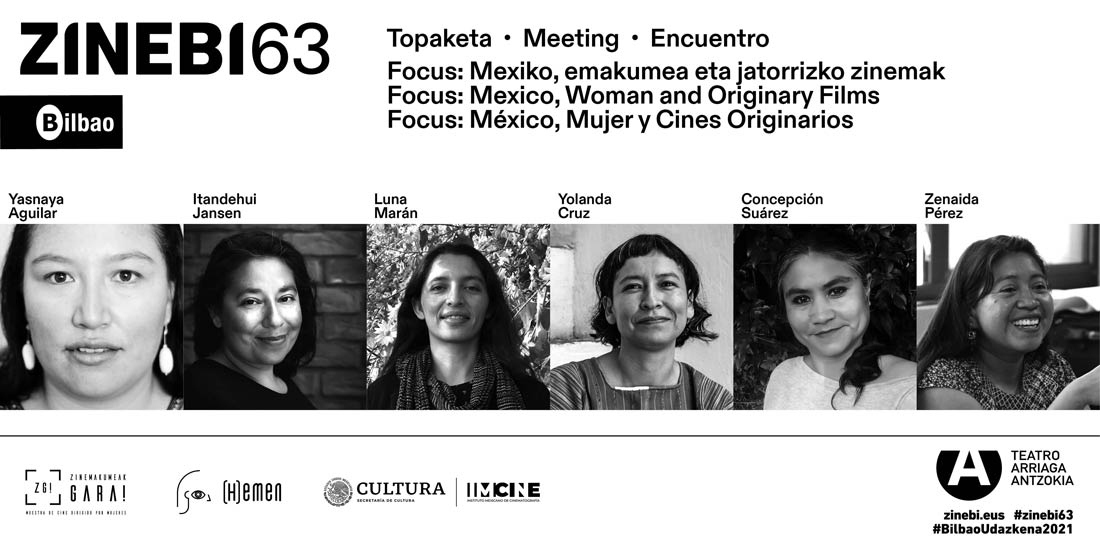